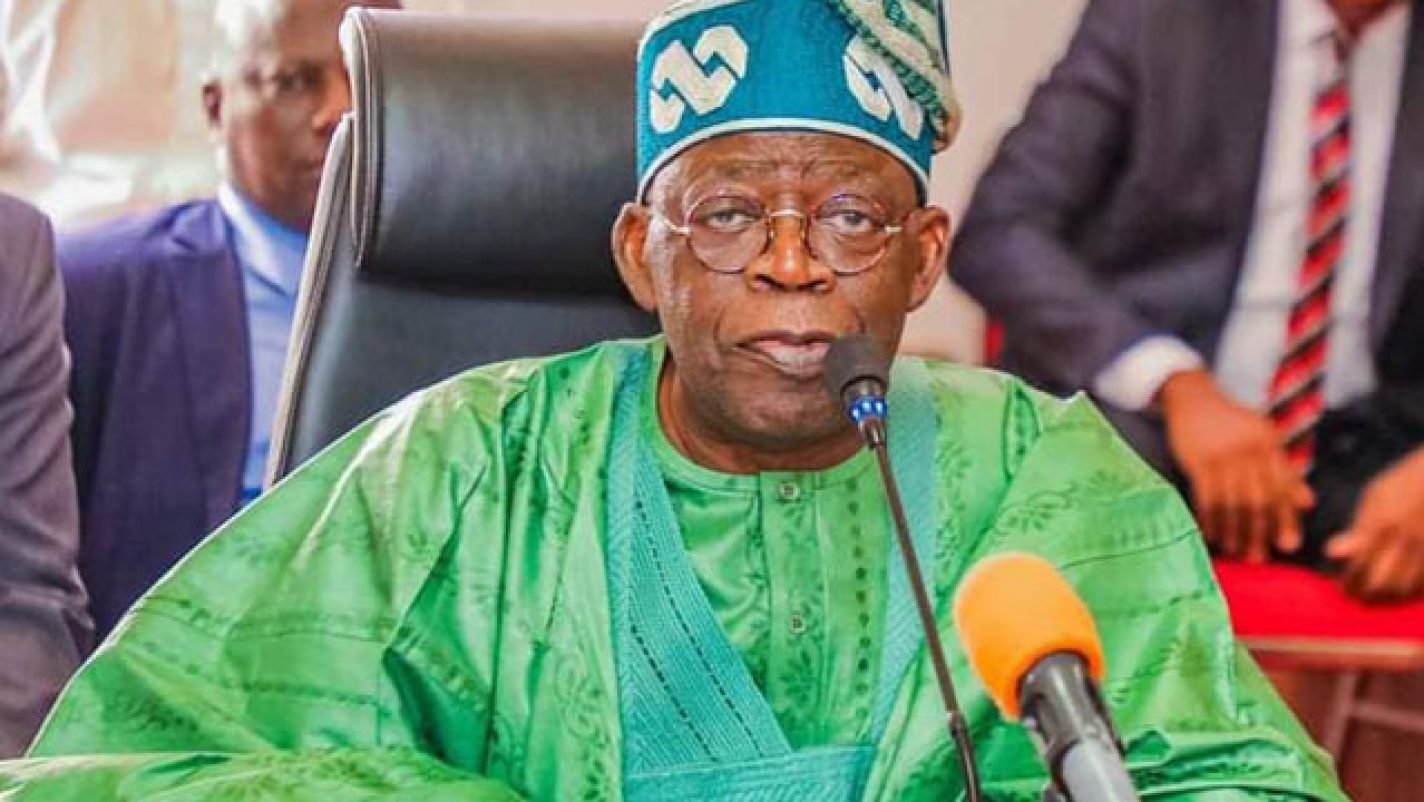 This was stated in a speech yesterday in Abuja that was delivered by members of the PDP PCC Strategic Communications and Media Teams.

Reading from a prepared text, Shaibu noted that Nigeria is in a precarious situation and any wrong decision taken in the choice of who becomes the next President could spell doom for the nation.

He said: “Nigeria is battling many problems; we have banditry and terrorism ravaging many towns in the North, militants attacking oil facilities and bringing the country’s economy to its knees in the Niger Delta while secessionists are holding the South-East to ransom.

“It will be a huge disaster to add state-sponsored drug trafficking to the mix.”

He explained that Tinubu’s forfeiture of $460,000 believed to be proceeds of crime, specifically the sale and distribution of heroin to authorities in the United States, is worthy of the further probe.

Shaibu further said: “Nigerian law is clear. Criminal cases have no statute of limitation and can be re-opened at any time, especially for the sake of national interest.

“We hereby call on the National Drug Law Enforcement Agency to immediately arrest Bola Ahmed Tinubu and prosecute him for drug trafficking.

“Apart from the criminal angle to this call, there is also the national security aspect.

“The world will recall what happened to Panama when Manuel Noriega, a known drug lord, became President in 1983. During his six-year rule, Panama became a narcos state as Noriega became an ally of the notorious Pablo Escobar’s Medellin cartel.”

Shaibu noted that Tinubu’s indictment in the US should be an issue of concern for all peace-loving Nigerians because of the dangers his alleged links to drug lords portends for the country in the unlikely event Tinubu becomes President.

He said: “In the unfortunate event of a Bola Tinubu Presidency, Nigerians will be plunged into a drug crisis that would make the Colombia situation a child’s play.

“With easy access to drugs, there will be an increase in violence. Nigerians cannot risk this. In fact, on March 20, 2021, the Chairman of the NDLEA, Brig. Gen. Buba Marwa (retd) said the South-West had the highest drug abuse cases in the country at 22.4%.”

Speaking in a similar vein, Daniel Bwala, a lawyer, said the request for Tinubu’s arrest and prosecution was born out of patriotic zeal to protect Nigeria’s sovereignty.

He said: “In the last few weeks the nation is greeted by so many reports on social and mainstream media which raise concern on the character and fitness of the candidate of the All Progressives Congress, APC.

Bwala noted that Tinubu was convicted for drug-related offences, specifically money laundering for a drug cartel by a court in Chicago, Illinois, USA.

He said: “You would recall that the court in Chicago had convicted Tinubu of drug and narcotics-related case to which he forfeited the sum of $460,000.

“Our country is afflicted by opioids, and other drug-related cases, which have constituted a threat to our national security. Example is the recent interception of large volumes of cocaine by the NDLEA to which the nation is still awaiting a statement about not only the immediate individuals, who were arrested but the links and association of these individuals to any person no matter how highly placed he or she is in the society.

“Recently even a spy cop (Abba Kari) was arrested and is being prosecuted for an allegation of drugs and narcotics. We call on the NDLEA to address the nation on the busted drugs and possible linkage.”

Bwala recalled that the anti-graft agency is yet to furnish Nigerians with the outcome of its investigations into a petition written by a former Managing Director of Alpha Beta, a private tax collecting agency in Lagos.

He said: “A few years ago, the former Managing Director of Alpha Beta lodged a petition at the EFCC against the former governor of Lagos state and now a presidential candidate of APC, Asiwaju Ahmed Bola Tinubu.

“The petition involves massive corruption and misappropriation of funds belonging to the government of Lagos State, abuse of office, and conflict of interests.

“The said petition raised issues bordering on a wide range of corruption allegations and we call on the EFCC to address the nation on their findings of the investigation which we believe is long overdue.”

The PDP Campaign also called on authorities to probe Tinubu and his allies for allegedly setting up and funding a militia called “Jagaban Soldiers” and “Battalions” for the alleged purposes of executing his political agenda. He recalled an address by the APC candidate in London telling his foot soldiers that political power was to be snatched by all means.

The PDP campaign charged President Muhammadu Buhari to take steps to prevent his appointee, the current Minister of State for Labour and Employment, Festus Keyamo SAN, from constituting a threat to the peaceful conduct of next month’s polls.

It accused Keyamo of using his cabinet position to intimidate and threaten government officials and political opponents in order to have his way.

This Bwala said, “is even coming amidst the widespread allegation of corruption involving the minister and the 52 billion naira approved to his ministry for the empowerment of 774 LGA Nigerians.

“The National Assembly had called for an investigation of how the project was executed and until now the issue has not been told to the Nigerian people.

“This singular conduct has brought the government of President Buhari to disrepute and threatened the legacy he said he will leave behind.

“It is believed now that President Buhari who recently was reported as saying cabinet members should focus on governance and not be involved in the campaign has since made a U-turn and task on his cabinet members to influence the agencies of government in favour of APC.

“Members of the opposition are reported to be increasingly invited by law enforcement agencies for one question or the other in order to weaken them.

“We call on the president to sack the Minister of State for Labour and Employment forthwith for using an official position funded by tax-payers money to interfere with the conduct of free, fair and credible elections.

“We also call on the president to read the riot act to agents of the government from interfering with this election.

Reacting, the Presidential Campaign Council PCC of the ruling All Progressives Congress APC, berated the PDP for calling on the NDLEA and EFCC to arrest and prosecute APC Presidential candidate, Asiwaju Bola Tinubu on charges of drug trafficking.

Tweeting on his verified Twitter handle: @fkeyamo, Keyamo said: “I’m laughing; these pdp fellows are pathetic. I was told they copied our style and all their spin doctors held a joint conference. Copycats! Nothing new. All old, unproven stories against @officialABAT. What is gripping the nation now is Special Purpose Vehicle (SPV), #AtikuGate.” 2023 Election: Peter Obi To Step Down For Atiku

The Presidential candidates of the Labour Party (LP) Peter Obi is rumoured to be considering stepping down for the Peoples Democratic Party of Nigeria... 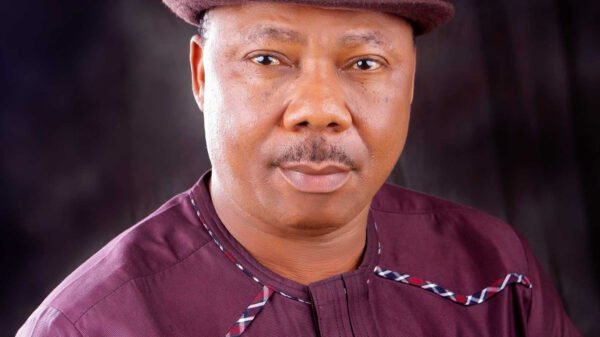 Vote For Me And All APC Candidates For Better Nigeria… Tinubu

Asiwaju Bola Ahmed Tinubu, the All Progressives Congress’ presidential candidate, has urged Nigerians to vote for him and all other APC candidates in the... 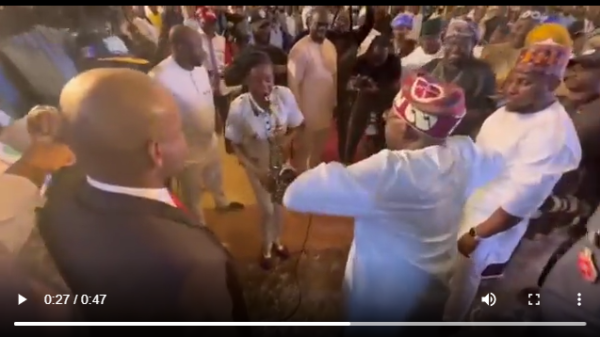