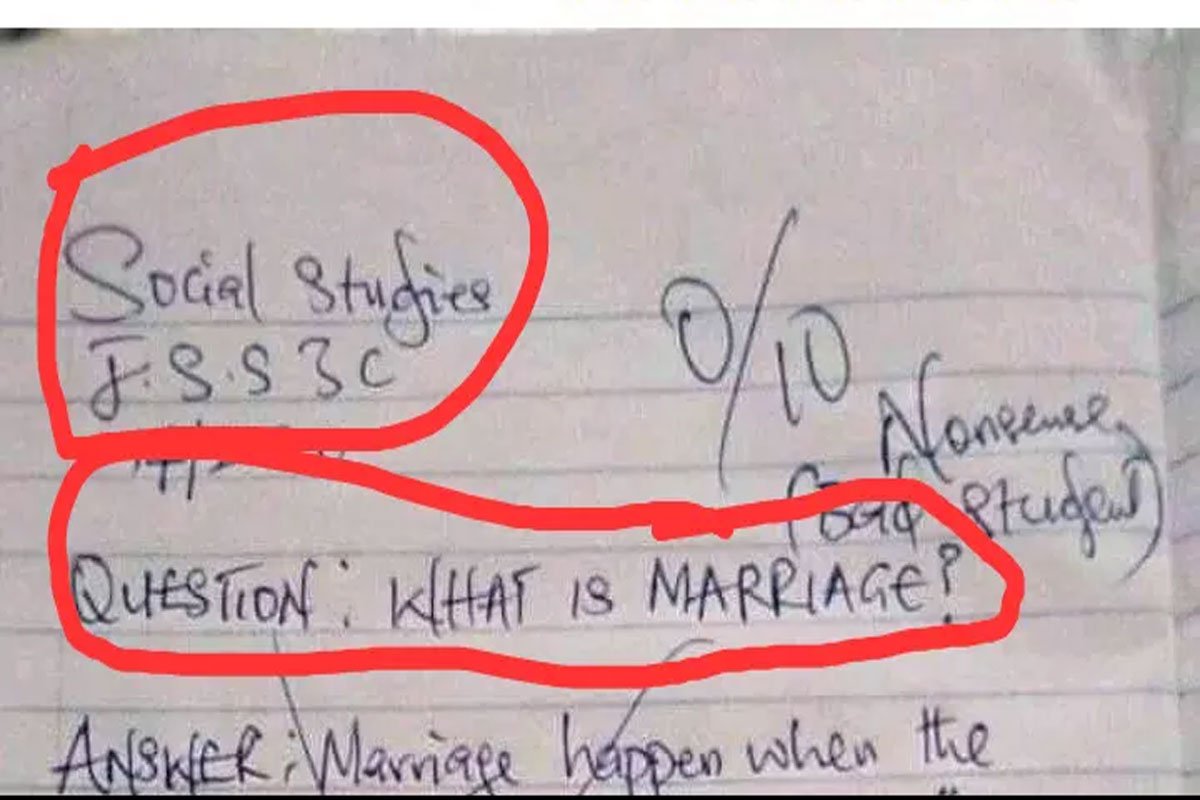 In a social studies class, students were asked to “what is marriage” and they were supposed to pen down what they know either giving a definition of it or explaining it.

A Facebook user identified as Chigozirim Christy shared a screenshot of one of the students’ answer in a group “Relationship and Dating Tips”.

In the screenshot, the teacher examined the response and score it zero rubbishing answer with a remark that reads;

Advertisement. Scroll to continue reading.
In this article: