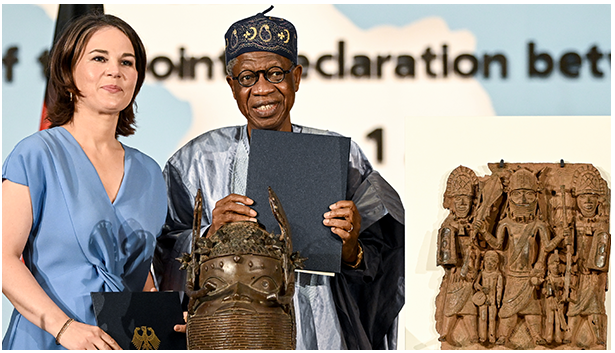 The Federal government on Friday, July 1, signed an agreement with the German government to begin the repatriation of hundreds of Benin bronzes back to Nigeria.

The German Foreign Minister, Annalena Baerbock and Culture Minister Claudia Roth signed the deal with their Nigerian counterparts in Berlin after Germany first announced that it would begin returning the bronzes last year.

Speaking at the signing ceremony, the Minister of Culture, Lai Mohammed, thanked Germany for having “taken the lead in correcting the wrongs of the past”, hailing “the dawn of a new era of cooperation”.

The first two artworks, the head of a king and a plaque depicting three warriors, were on Friday July 1, handed over to representatives from Nigeria.

“Today we have reason to celebrate, because we have reached a historic agreement, the Benin bronzes are returning home. These pieces are not only magnificent artifacts, they are some of Africa’s greatest treasures. But they are also telling a story of colonial violence” she said

Thousands of Benin bronzes, metal plaques and sculptures that once decorated the royal palace of the Kingdom of Benin are now scattered around European museums after being looted by the British at the end of the 19th century.

Germany has around 1,100 of the 16th- to 18th-century artefacts, split between some 20 museums. The biggest collection is held by the Ethnological Museum in Berlin, which has 440 pieces considered the most important collection outside London’s British Museum.

In this article:benin bronzes, Germany, NIGERIA 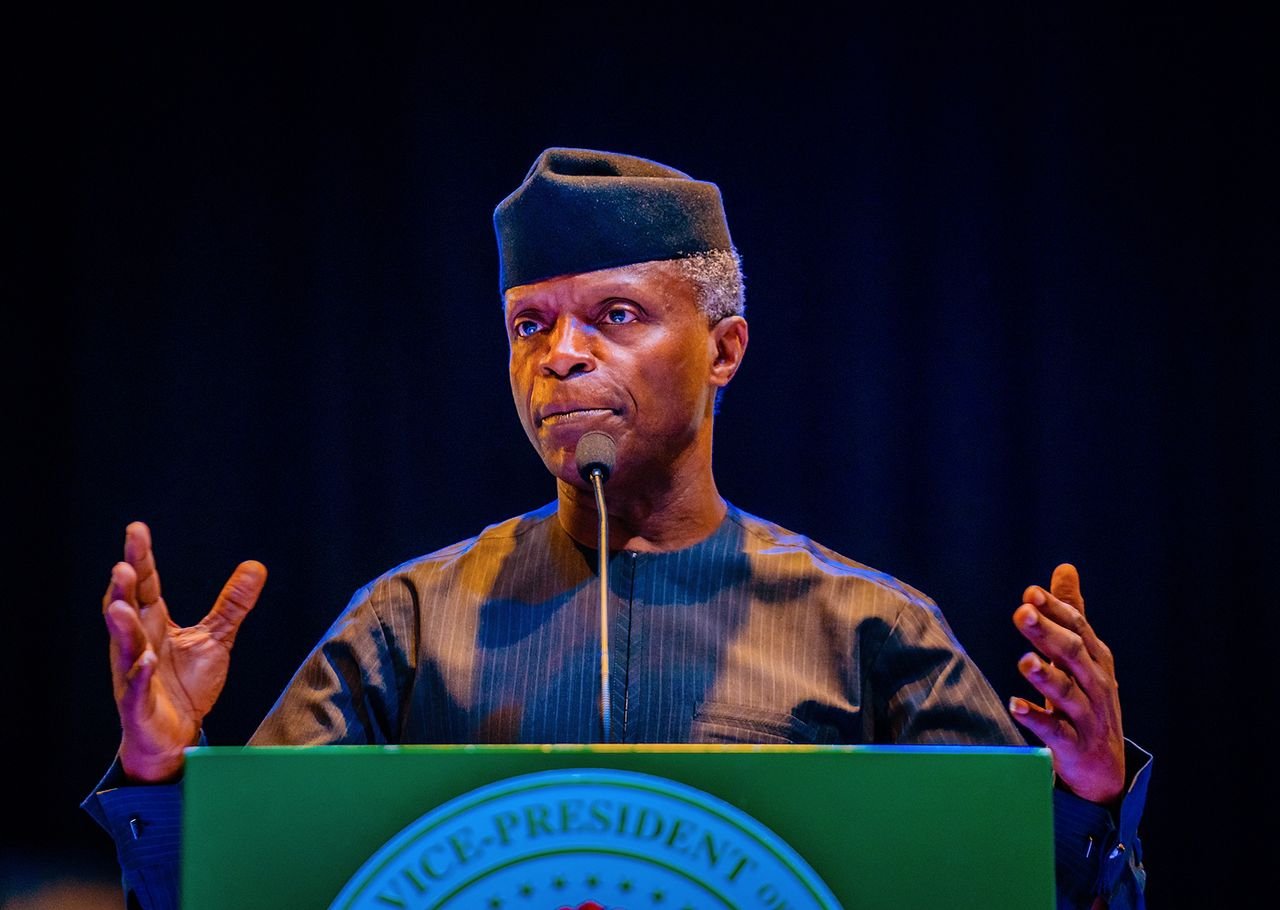 We Should Discourage Negative Profiling – Osinbajo

The majority of Nigerians living overseas, according to Vice President Yemi Osinbajo, are honest and industrious. On Monday evening in Ottawa, Osinbajo made this... 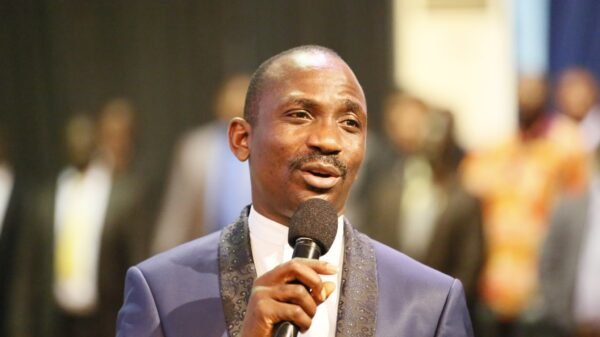 When I travel to other countries, I am heartbroken for Nigeria – Pastor Enenche

Dr. Paul Enenche, Senior Pastor of Dunamis International Gospel Centre, has voiced his sadness over the state of the nation and worries about the... 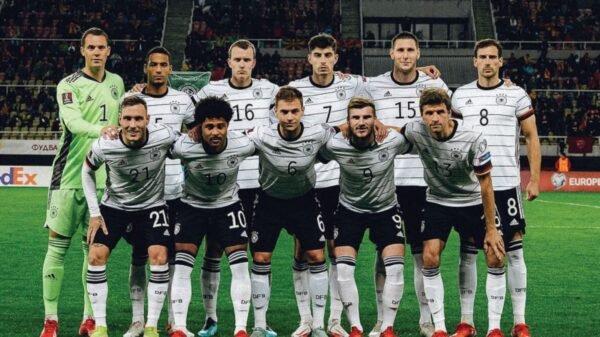 Germany players will receive £360,000 each if they lift the 2022 World Cup in Qatar, the country’s football association (DFB) said on Sunday, September... Nigeria will remain one despite challenges – Buhari vows

President Muhammadu Buhari has urged political leaders to stay focused and uphold the ultimate objective of promoting the interest of the country. The president,...